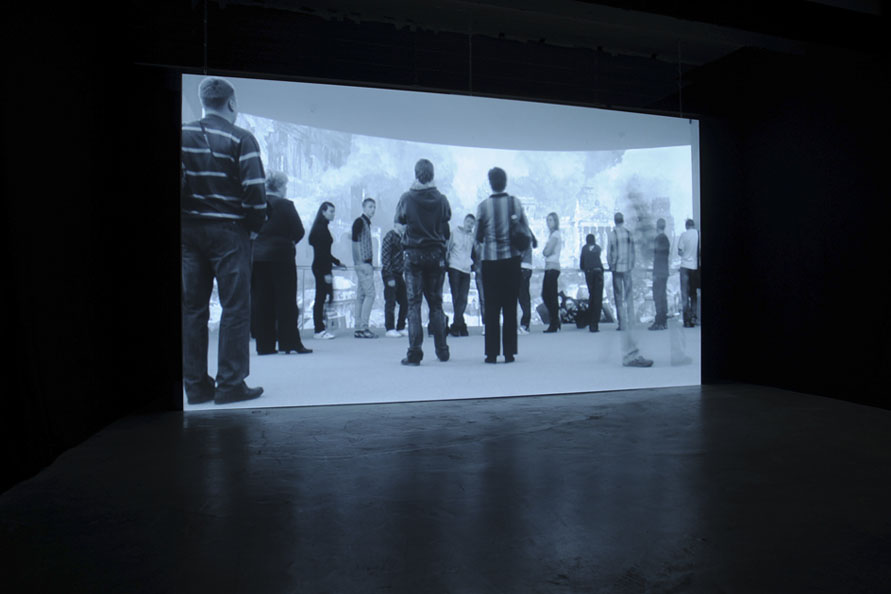 The Museum of the Great Patriotic War, Poklonnaya Gora, in Moscow is devoted to the commemoration of the victory of the Red Army over fascism in World War II. The gigantic building in the western part of the Russian capital was inaugurated in 1995, during the Yeltsin era. However, the decision for constructing such a memorial had, already been taken by the Central Committee back in 1957. Even in Russia 2.0, this symbolic place represents the heart of the post-communist official state policy, as the ceremonies of the anniversaries of the victory over Nazi Germany allways show.

The video work Sturm auf Berlin (Storming of Berlin) is based on one out of six battle dioramas, exhibited in the basement of the intensely frequented Poklonnaya Gora. Combining paintings and real objects, the museum’s installation depicts a fight scene of the Soviet Army in Berlin with bombed-out houses and the burning Reichstag in the background. The historical reference is the final battle of Berlin, which lasted from April 16th until May 2nd 1945. On April 30th, the Red Army had occupied the Reichstag building and on May 2nd, 1945 World War II. had ended, upon the final surrender of the German forces.