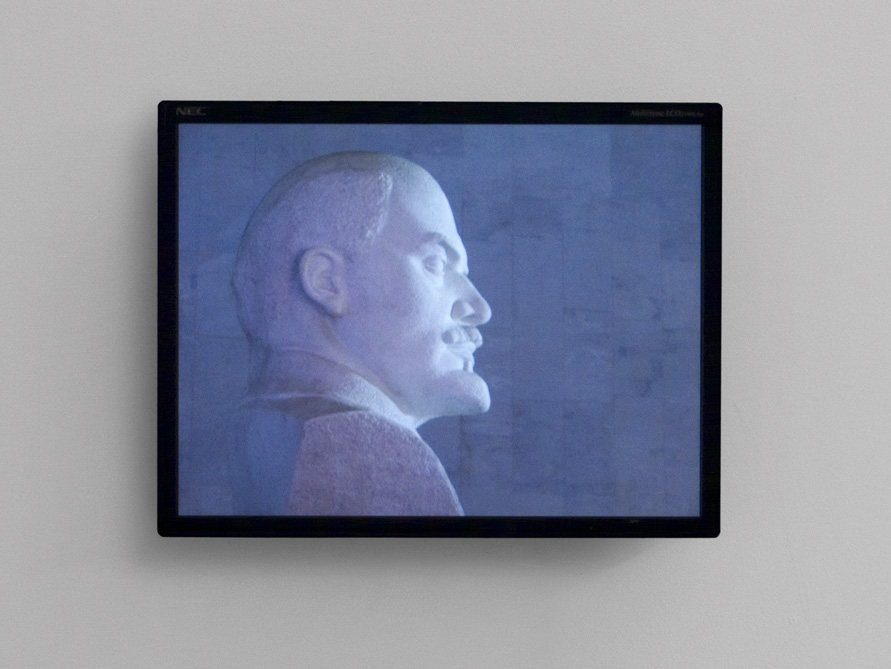 The video shows a bust of Lenin full-screen standing at its place in the main hall of the Leningradsky Railway Station in Moscow. The bust is bathed in a storm of ever-changing colourful light of promotional video clips cast from the huge video screen opposite. The bust is highlighted in the colourful illumination and vanishes again in the dark, thus it oscillates between sculpture and two-dimensionality.