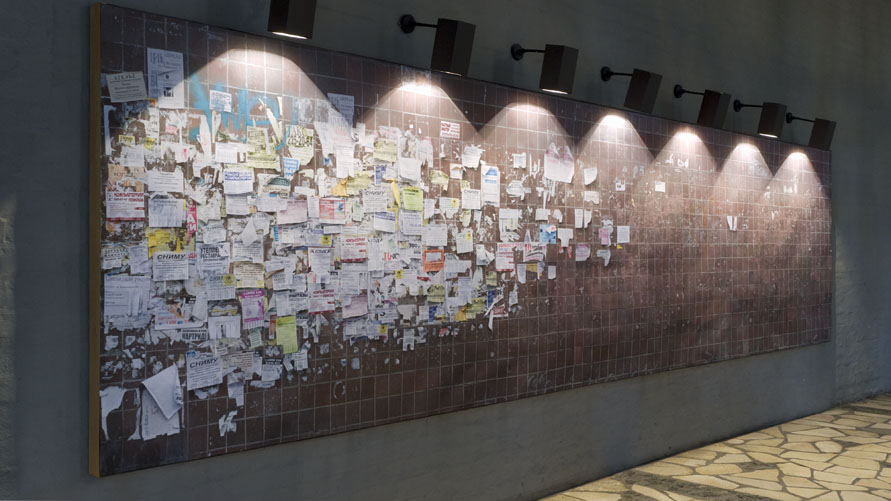 Slips of paper are pasted to the rear walls of Muscovite supermarkets or at bus stations. The public authorities remove them again. New slips of paper will be applied: These concern private offers and wanted ads for rooms, apartments, massages, computer assistance and instant loans. These notes built a thick layer of paper, which is fraying on the edges.
For the photo installation a section of the wall has step-by-step been recorded and digitally assembled. The composition of numerous individual perspectives translates the spatiality of the frayed paper to the illusion of the montage. These unofficial ads arrive as printout in another space. 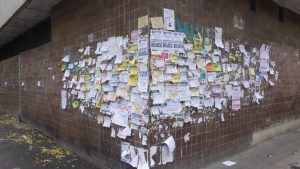