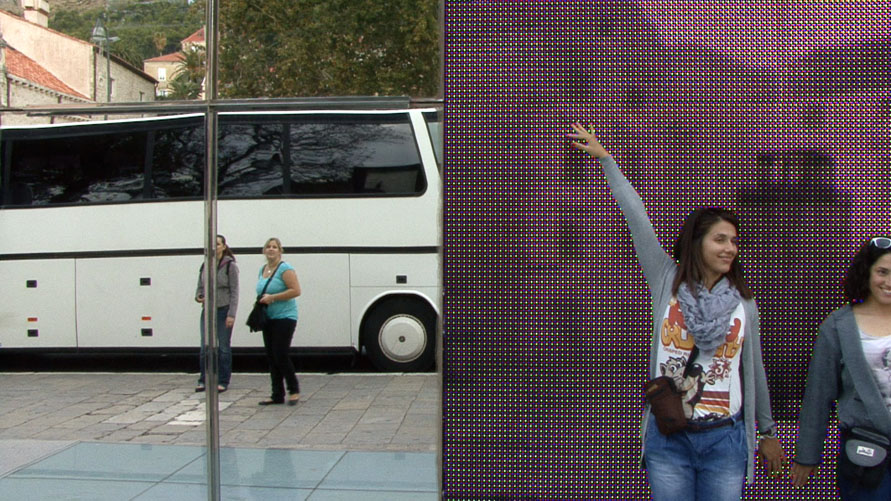 The surface of the cuboid-shaped monument commemorating the siege of the city of Dubrovnik is clad with mirror- and LED-faces. The video sequences shown on the monument are next to the mirrored movements of the actual everyday life at the square: for instance the arrival and departure of cruise tourists and the video of the bombarded city. Each frame that I recorded has been equally split into reflection and video.
The montage has the runtime of a video sequence of the monument. The specially developed stereo sound makes this segmentation audible. 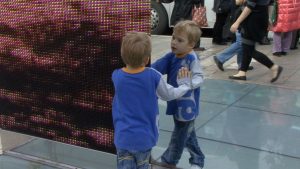 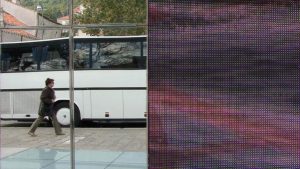 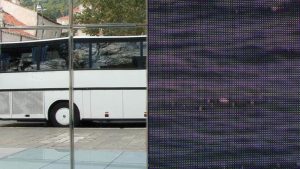