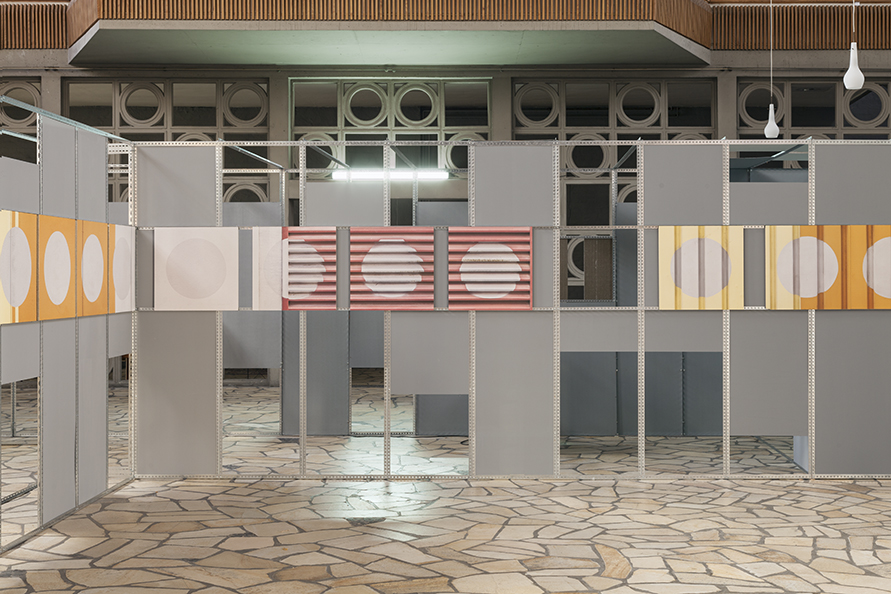 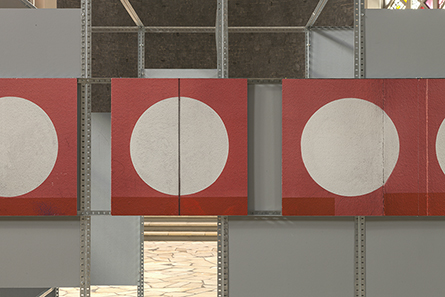 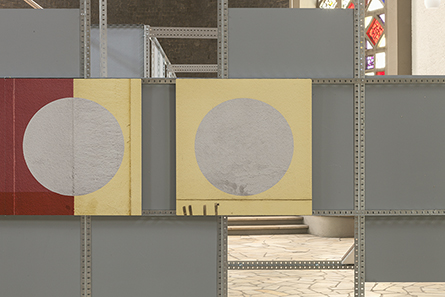 This work reproduced parts of the back wall of a building in Offenbach am Main, using the means of photography, digital montage and direct printing.

The motifs of the photographs are the painted decorative circles of the wall, which are evenly distributed over the back of the building. The circles look different on each part of the wall: through the material and the spatiality of the background, the painting technique, but also through the damage and touch-ups. In addition to the original wall design, the photographs thus reveal interventions, changes, transience, futility and disappearance.

Quite naturally, the pictures appear as a simple view of the motif. However, they are always the sum of many lines of sight.
The pictures are composed of several photographs. Each part of the picture has an almost perpendicular axis of view to the motif. Recesses and protrusions are photographed and assembled in stages in order to minimise slants and perspective size shifts. The three-dimensionality is above all represented plastically, as an illusion; through colour and tone values, light and dark.
The work thus refers doubly to painting: in the motif and in the reproduction.

From the composite high-resolution files, the light and colour levels are transferred by direct printing onto primed plates from the OWA ceiling system.

The prints are serial reproductions of found painted forms. At the same time, the images are stand-ins or a documented part of the wall of an Offenbach building that was demolished in 2020.

In the grid system of the installation, the dimensions of the picture panels are multiplied. Subdivisions and empty spaces between the angular profiles and the surfaces create perspective lines of sight into the room, as a contrast to the flatness of the recorded painting.
The idea of an archive is taken up in the exhibition with shelf constructions in which all the circles could be stored.

A video work is inserted into the interior of the installation. The shot of a flickering fluorescent tube appears twice in this video: offset on the surface and shifted by 12 seconds in the time axis.
Although the time offset is within the span of short-term memory, the repetition phase is difficult to discern. Rather, the breaks of technical disruption find themselves in dialogue with themselves. The flickering divides time: beginning or end. 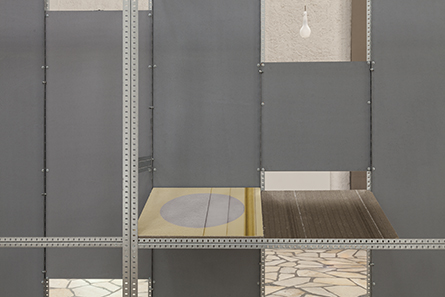