Two shop windows in the city of Mostar in Bosnia and Herzegovina, not far from the stadium of the football club HŠK Zrinjski Mostar. The window panes have been shattered and the opening is blocked with a piece of furniture, just its back side is visible.
Both windows have been photographed section-by-section and then digitally recomposed for a total view. The resulting image was again segmented into 15 parts, into a grid pattern, three vertical lines and five horizontal lines with overlaps in the theme. The individual parts of the image will be presented in a progression under glass, dependent from the available space. 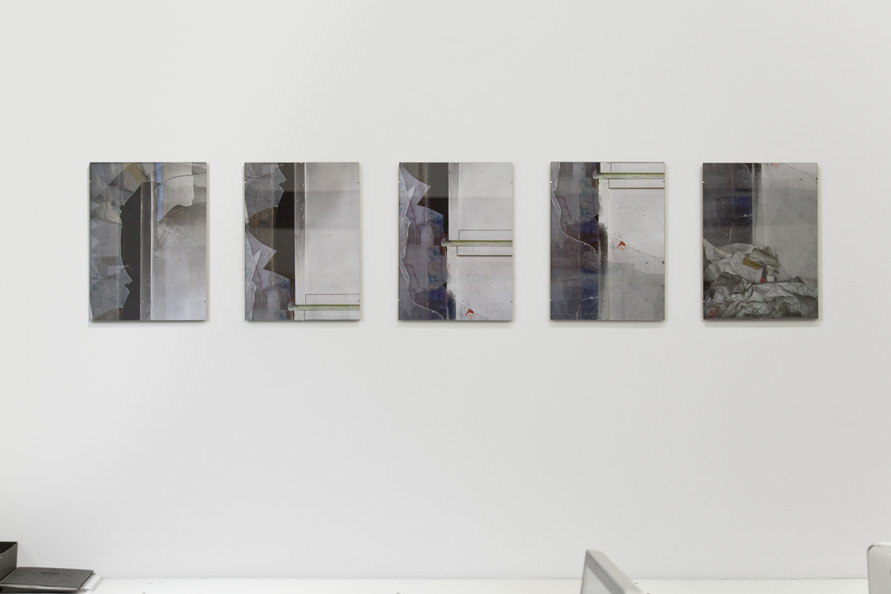 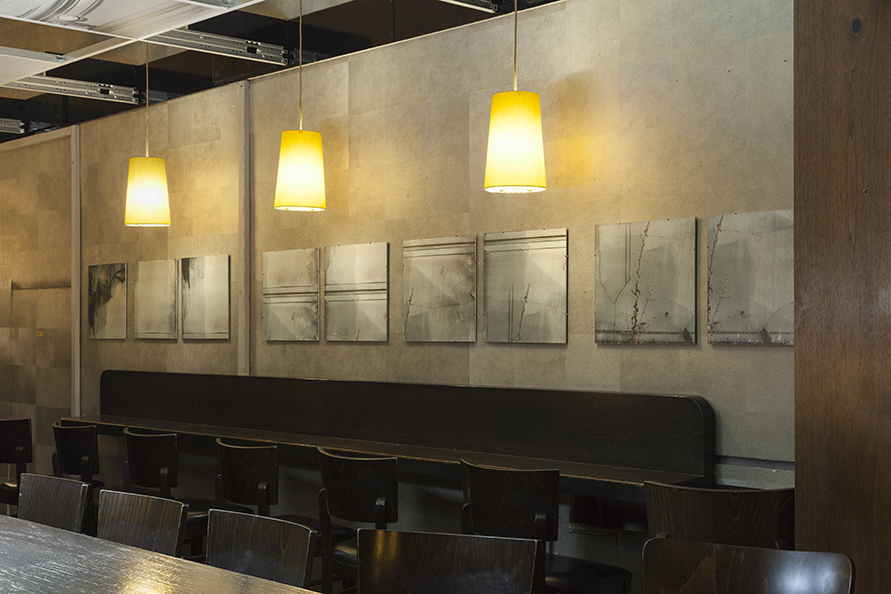 Window right, Mostar 2011
Sequence of 10 fragments in pairs
Photographs of a destroyed window in Mostar
Assembly to a large picture
Subdivision into 2 columns and 5 rows with overlaps
Exchange of the left and right fragments
Pigment print, glass, MDF, holder
Each 400 x 400 mm